Angular is a framework and you may use typescript or javascript or dart programming language to program using Angular. Angular does not need node.js directly. Node js is used for all the build and development tools. However considering that you will likely want to develop and build your application on the server, you will need to intall NODE.js as part of the Angular instlalation.

1. Login to your server via shell (SSH).

Node.js gets installed from the NodeSource repository which requires the EPEL repository:

As we’ll be using npm to install angular CLI, it requires few build tools to compile and install packages:

Check the version to insure that everything went correctly:

NOTE: Please note that Angular requires Node 8.9 or higher, together with NPM 5.5.1 or higher. Otherwise the installation in the next step will not proceed.

Verify your Angular installation with the following command:

The following command generates the project structure, with pre-configured files for unit tests and bundling with the powerful Webpack bundler: 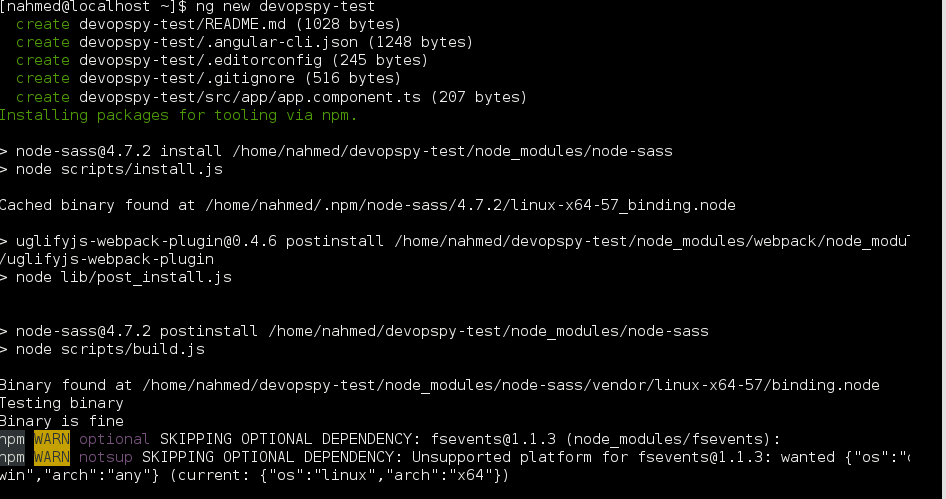 Note: The angular application should now be accessible at https://localhost:8005 (or your domain instead of localhost depending on where you deployed the application).

Was this answer helpful?

How to set a Database Connection string for your Application Before you can install any application, that is using a database, it is strongly recommended that... NGASI NGASI AppServer Manager NGASI AppServer Manager - automates multiple installations and... 500 Internal Server Error (What is it There can be a lot of reasons why your website might be returning an alarming  "500 Internal... How do I set file permissions for files For any Linux based accounts, setting the right file permissions is very important since the... 502 Bad Gateway nginx error - Linux VPS/Cloud If you are seeing the following error on your Linux VPS/Cloud: 502 Bad Gateway nginx That means...
« Back